04 Luglio 2022
News
course: Home > News > More Informations
Tannins are the main and essential ingredient for vegetable tanning. They are absolutely natural and strictly vegetable products, from renewable sources such as: fruits, barks, leaves. It is important to emphasize that, if the tannins are extracted from the wood, the trees from which they are made will again be cultivated and continuously replanted. The tannins most common used for vegetable tanning are: the Quebracho, Chestnut, Mimosa, Myrobalan , Tare, Gambier, Sumac, Oak, Pine etc. Each of these has organic characteristics different and only the expert tanner will be able to choose between the different varieties, as well as dosing them mix them together according to the type of leather to be made (soft, rigid, smooth and flexible, of light, pink or dark color etc).

The main tannins and their characteristics:
Quebracho: from the Spanish "Quiebra hacha" breaks off ax, so called from the Argentine woodcutters to because of its hardness. It is made from a tree that grows in northern Argentina. It is the tannin most common used for leather tanning, because it guarantees fullness, given its high concentration of tannins. It is continuously cultivated and replanted to ensure sustainability as a forest resource. It has a reddish color. 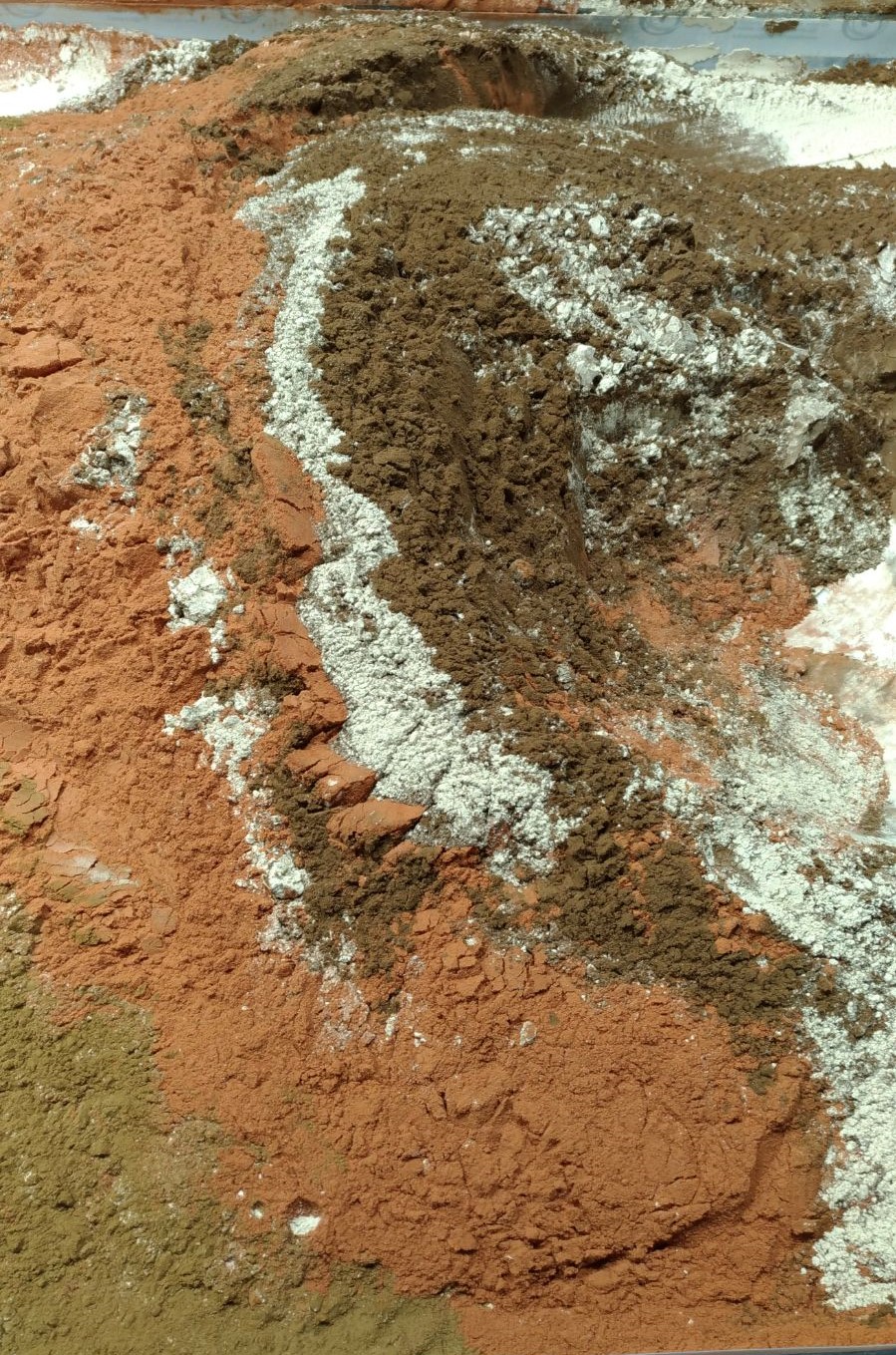 Chestnut: The chestnut is a plant that is born in southern Europe. Since ancient times this majestic tree has had multiple uses. In the tanning sector it is widely used as the bark and its wood are very rich in tannins. Chestnut is the main tannin for producing sole leather, in fact it gives stiffness and filling to the skin's skin (epidermis). It is also used in the tanning of vegetable leathers to make leathers with more fiber rigid and flexible. Its color is dark brown. 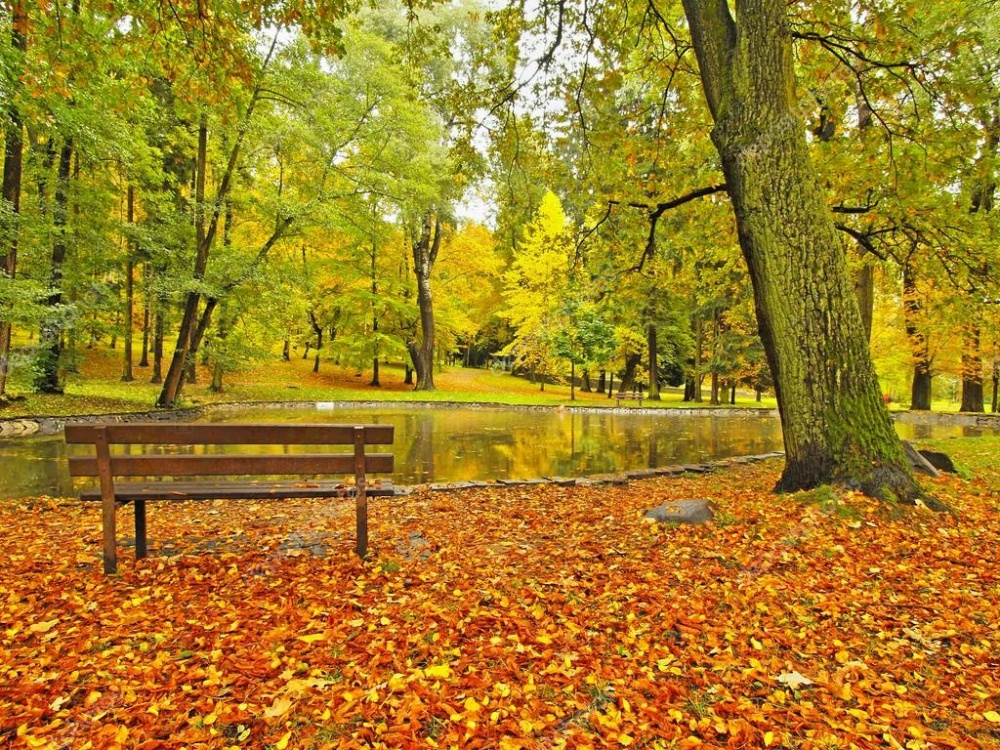 Mimosa: it grows in the south of Africa and is a tree very similar to our mimosa. The tannin is concentrates everything in the bark. It is lighter pink in color than the Quebracho. The extract of mimosa is a tannin widely used both; sole leather tanning and for vegetable tanning, because it has a rapid penetration inside the leather fiber and a high fixing. 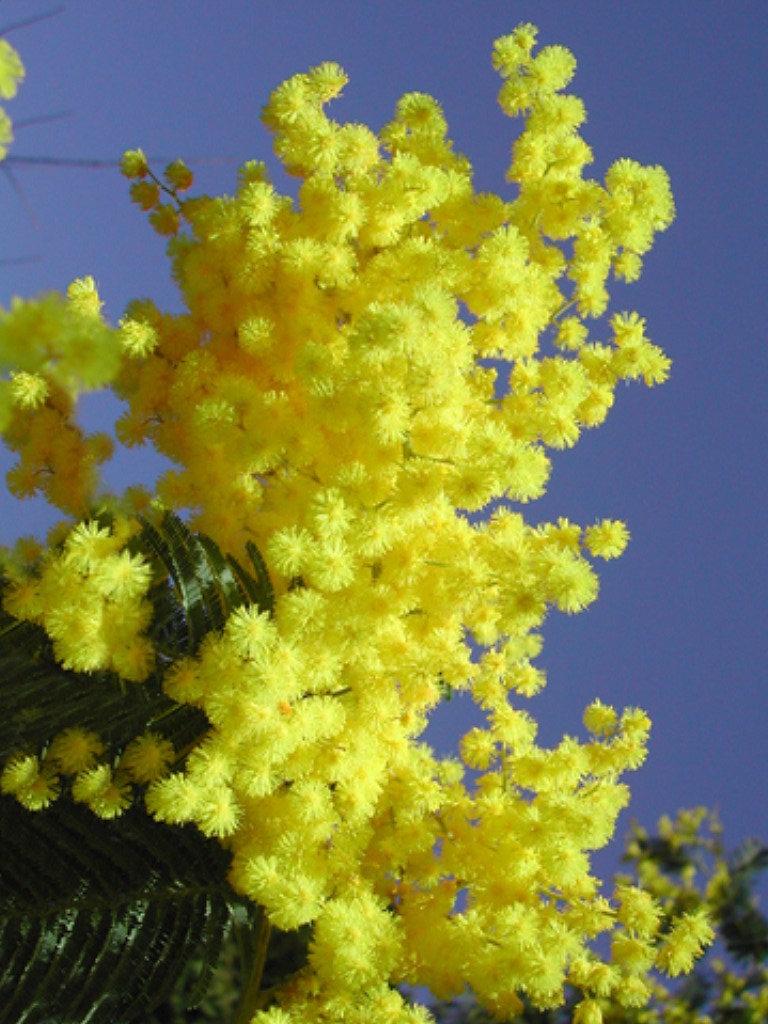 Tare: peel of a fruit of a tree that grows in Peru, called Caesalpinia Tinctoria. The product it is obtained from the maceration of the dried skins of this fruit. From the precious fruits "the pods", tare tannins are obtained. Its main features are essentially those of giving to the skin good firmness to the flower (epidermis) of the skin itself and to overcome certain resistances of the flower breaking load. It lends itself very well to obtain pastel colors with passing dyes through and good light fastness. Its color is very clear similar to ivory. 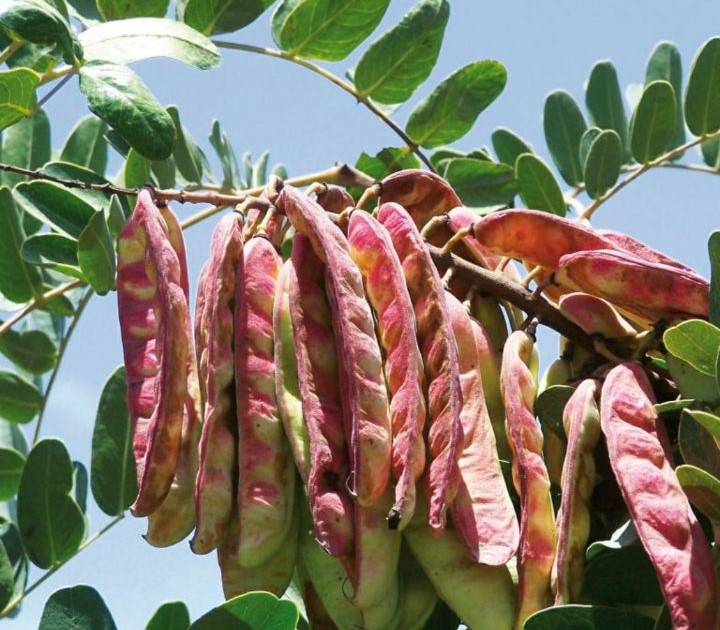 Myrobalan: it is a tree that grows up to a height of 15 meters, in the East Indies and its name in French means "ointment acorn". This tree produces fruits "the mirabolans", very much rich in hydrolysable tannin, astringent with good resistance to light. The fruit has an appearance of a dried plum and has a color that varies from greenish to harvest, to blackish brown during storage. It is widely used in a tanning bath to compensate for the reddish color of the Quebracho especially for the production of sole leather. It gives the leather a soft feel.
Gambier: is a wild shrub rich in tannins that grows mainly in China, India, and Malaysia Indonesia. In some areas it is cultivated in symbiosis with pepper plantations. For the preparation of the extract, both leaves and twigs are boiled in water. Then the decoction comes made to evaporate to the consistency of a syrup, to then cool it in order to favor the crystallization. The mass obtained is cut into small cubes of the size of 25 mm., Which they are dissolved with dispersing tannins to make them soluble in water. The Gambier extract used alone it produces a rather soft leather, with a fine feel and a brown color reddish. To certain skins it gives fullness without altering the characteristics of softness and elasticity. It is used for retanning calves. Peculiar property of the Gambier extract is that of giving the leather an excellent lissability and shine of the dyes.
Vallonea: the Vallonea oak is a widespread tree in the Mediterranean basin (Greece, Albania, Turkey), Middle East and Asia Minor. In Italy it is present only in Salento and in the territory of Tricase in Puglia. The trunk is straight but branched and can reach 25 meters in height. This tree of great charm, produces acorns that mature every 2 years. From its fruits "acorns" good amounts of tannin are obtained after extraction. It is particularly used for the retanning of leathers for upper and sole leather, because its use produces a fine grain and uniform. 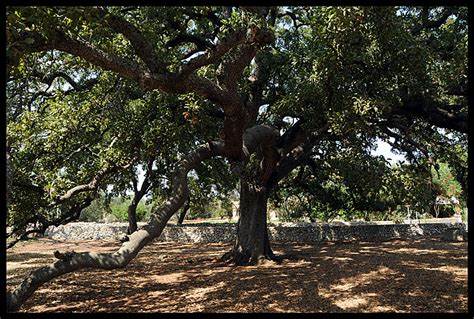 Sumac: it is a spice characterized by good antioxidant properties. The plant appears below shrub shape that can reach 3 meters in height. The plant is quite widespread in Europe Southern and Middle East. For the preparation of the spice the fruits are harvested between July and September to then dry them. After drying they are chopped. The sumac contains about 23% of tannin which together with the coloring substances contained in it is mainly used a industrial level for fabric dyes, but also for leather. Its fixing is very good. The its color is an intense brown red. This plant contains a high percentage of substances antioxidants. In fact the Sumac is one of the foods with the highest antioxidant power in the world. Its extract has shown benefits for the cardiovascular system and is a good antibacterial e anti-inflammatory. The antioxidant properties of the Sumac are more powerful than 73% more than to an apple, because they help fight free radicals. This spice is mainly used in the Arabic and Turkish cuisine to often replace oil and lemon. It is used for seasoning; fish, kebab, salads and pulses. Be careful, however, it should not be eaten fresh, but only dried because its own fruits could be poisonous. 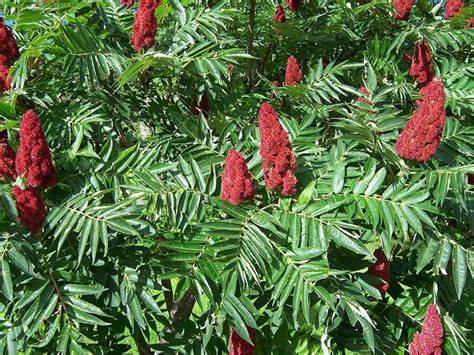 Curiosity
Not everyone knows that tannins are also used for animal feed, oenology, for
chipboard, corrugated board, water treatment, rust converters and for drilling of oil wells etc.
Tannins also have therapeutic properties, in fact they are antioxidants and anti-aging. Yes find in a good glass of red wine, in chocolate, in tea, in coffee and in many fruits such as: blueberries, grapes, pomegranate, khaki etc.
Thanks to their astringent properties they find many applications in cosmetics, such as in creams for the treatment of acne or in shampoos to reduce the formation of dandruff. Their polyphenols are studied for health benefits. They are natural remedies for treating various disorders. With the shrub of MYRICACEAE infusions are prepared to solve problems of health such as diarrhea and intestinal infections or to optimize drinks such as spice the beer. With MORE you treat intestinal disorders and infections. RASPBERRIES they are used for the nausea of pregnant women. SALVIA is used for flavor dishes, but also for sore throats and respiratory disorders such as asthma. 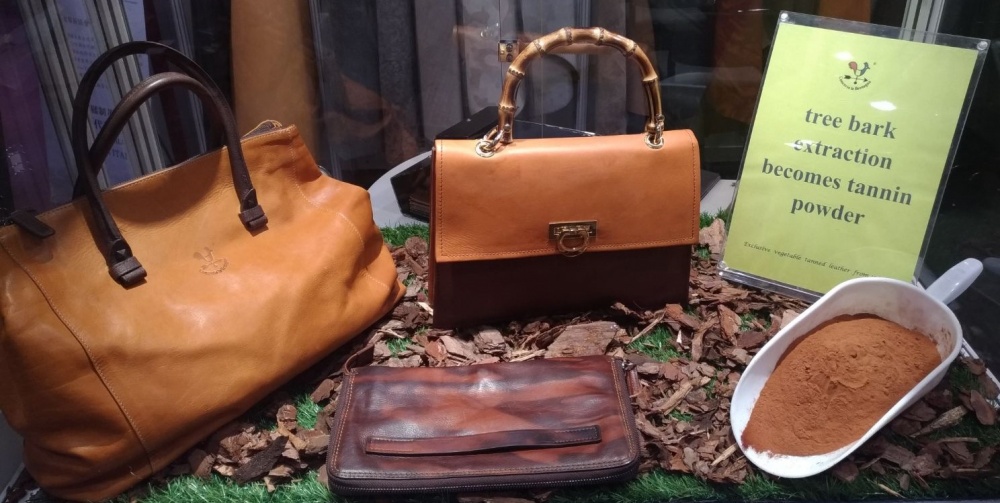 successivo >>
Website creation www.sitoper.itt
close
close
Choose the language
It appears that your browser language is different from the website.